The Patriots HOF is a prestigious honor for any player who has ever laced up the cleats and taken the field at Gillette Stadium.

This year, the candidates have come down to 3 well-deserving players in Matt Light (LT), Richard Seymour (DT), and Mike Vrabel (LB) but there can be only one official endorsement from NNNN and that honor has to go to:

“But Pat, I love Seymour and Vrabel!”

1. Light played his entire career with the Patriots

Seymour and Vrabel are Patriot icons; no doubt about it. However, Light is the only candidate of the three who spent the entirety of his career in the silver and blue.

2. Light played the most important role by someone not named Tom Brady…

For 11 seasons, (3 of which received a Pro Bowl nom.) Light anchored the Patriots offensive line at Left Tackle.

Securing the blindside for the GOAT?

Seems HOF caliber to me! 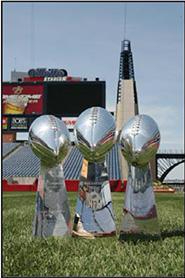 The award is for on the field performance but you can’t talk about Matt Light without mentioning his charitable work.

His foundation, described on their website as “a non-profit organization that exists to give at-risk kids a better chance at leading healthy lives by using the great outdoors to learn and grow” was created in 2001 and has helped countless children throughout the years.

The bottom line? Click the link below and smash that vote button for Matt Light! Vote Matt Light for the Patriots HOF

…and tell your friends to do the same!