Awesome conversation with Taeko about:

Hope everyone enjoys (and shares with at least 2 friends):

P.S- Make sure to check out Taeko’s blog at https://tgupta820.wixsite.com/taekogupta

If you’re reading this blog chances are you’ve met me in person (or you know Pat, in which case allow me to introduce myself, I’m Jake it’s nice to meet you) and you know that from time to time I can be a bit of a *ahem* sarcastic douche.

Ok, most of the time.

This has nothing to do with the rest of the blog really, I just wanted to get everyone up to speed that I am, in fact, kind of an asshole.

With that being said, I do have deadlines to meet and I’ve had an incredibly busy weekend so I don’t really have anything fleshed out.

As a result, we’re going to briefly examine some recent thoughts of mine.

1. I have only ever had hot dentists.

Mostly an observation here, but I’ve only had three dentists in my whole life and all three have been unbelievably good-looking people. Unfortunately, they are all dentists, which means they enjoy the pain of others and have no shame inflicting that pain.

Nevertheless- they are gorgeous.

Credit to my dad for this one (shoutout Justin) because he pointed it out to me the other day that Al Horford has a very pretty pair of eyes.

Look at those. They’re so welcoming and loving. Those eyes just gave me a hug and told me it’s going to be okay.

He goofed it real bad on that whole China tweet but besides that, LeBron has been an outstanding person throughout his career. We let eh athletes get away with heinous crimes often because of their money and status so imagine the opportunities LeBron would have if instead of opening schools he wanted to be a crime boss. He’d be running the country by now, and we’d let him do it because of the meme potential with that Wade alley-oop picture.

4. Salt and vinegar chips are good*.

It has come to my attention that not everyone likes these chips. Those people are wrong, should feel bad about being wrong, and probably don’t deserve happiness. I’m sorry your palate isn’t mature enough to handle the complex flavors.

I hope you’ve enjoyed this manic trip through my mind. I could have gone on forever with this piece but thankfully I’ve decided this is enough.

Hopefully you gained something from this.

Probably not- but hey, at least now you know that I’m a sarcastic douche.

*- #IYKYK (And yes, I went reduced fat for a reason…Doughboys)

Ever been in a situation where you know you’re going to get your ass kicked? I don’t mean “ah man, I really got my ass kicked didn’t I guys?”. I mean you got a can of whoop-ass opened, heated over the stovetop, seasoned with salt, pepper, and paprika, and then had it dumped on you, and then he took the pan and smacked the shit out of you with it.

Mostly because I don’t really hang around people who I think are going to kick my ass. That is, I’m a total bitch. Even the slightest scent of that whoop-ass can and I’m changing my name and moving to Timbuktu.

But I do have some strategies for non-fighters that will hopefully help you out should you ever need to employ them (God forbid).

I know what you’re thinking “Jake, I don’t have radioactive spider powers, I can’t fight, that’s why I’m reading this blog.” I know, neither do I. However, something I can do is read comic books. In one instance, Spider-Man was able to defeat the Incredible Hulk by telling him a joke so funny that the Hulk laughed and laughed until he turned back into Bruce Banner. I’m not saying that this will work every time, but if you’ve got a long period of time while Mr. I’m Gonna Kick Your Ass is walking over to you and rolling up his sleeves, maybe bust out the Moth Joke.

The Bust a Move:

Right as the fight is starting, just simply yell “dance off!” and start furiously dancing. I don’t mean some weak ass hit-the-woah and some nae-nae’s, I mean crump out of your goddamn mind like your life (or at least the current arrangement of your face) depends on it. Chances are- you still get hit. But if you’re crumping hard enough, you could land a lucky elbow or fist in the right spot and deter the ass-kicker from pursuing any further violence for the time being.

The Woe is Me:

As soon as the guy threatening to beat you up starts to move towards you, try to look as gloomy as possible. Unfortunately, this is not for those of you who are clapped– but them’s the breaks. As he closes in on you and sees how sad your puppy dog eyes look, maybe he’ll take pity on you. The advantage of the ‘woe is me’ is that you can continue to do it while the fight is happening. If you just look so sad while it’s happening and let him hit you like it has happened a million times before, he might get sad too and stop.

Or he’ll be a sick fuck and keep doing it (idk I’ve never done this before).

This strategy is not for the faint of heart and certainly not for the amateur fight-avoider. The technique to this is deliberate and calculated. In order for this strategy to work, you have to commit entirely. Half-assing this avoidance technique is guaranteed to result in double the ass kicking.

How does it work?

As the fight is beginning, take off your shirt and start shouting “Oh is that it? Huh? You wanna fuck daddy? That’s what you wanna do huh?” Continue stripping, while continuing to shout at the guy various ways he wants to have sex with you, “oh you wanna make tender love with daddy by the fireplace? That’s what you want? You sick pitiful bastard?” By this point you should be in at least your underwear and the guy should be backing off because he thinks you’re insane. If all else fails, fully commit and get naked.

Note that this strategy should only be used in a situation where your dignity does not need to remain intact.

*None of these strategies have been tested in the field. No Names No Numbers is not liable for any cans of whoop-ass opened on you.

2. People have told me that another great strategy is to antagonize a 300lb behemoth at a frat only to be bailed out by a hometown brother moments before a beatdown takes place.

I wouldn’t know- but that seems good too.

Fun show today talking with Zach about all things: 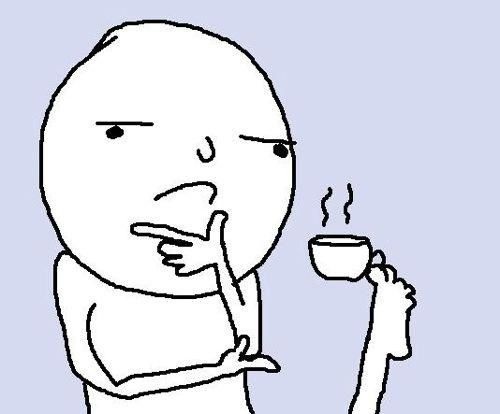 By far my favorite show we have done yet with topics including (in order of appearance):

-The current state of radio today

-The idea of “outrage” in regards to comedy

-Liam’s trials and tribulations of open mics and doing sets at the UPub (Did he do coke with a stranger on a bathroom railing?)

-The education system in general